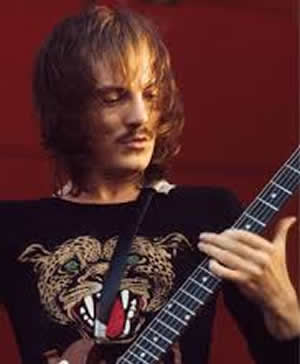 0th April 1991 in a house-fire in Arkesden, Essex, U.K. He was survived by his third wife Toni, his son, Toby and his daughters: Lesley, Tanya and Mollie Mae.
On 19th April 1991, Steve and Toni had flown home from the U.S.A., where Steve had recorded songs for a future album with Peter Frampton. During the flight, according to Toni, Steve had been drinking heavily, was in a foul mood, and they had argued constantly. After arriving in the UK, a mutual friend met them and they all went to one of Steve's favourite restaurants; The Straw Hat in the village of Sawbridgeworth, Hertfordshire, England, for dinner, where Steve continued to drink. After dinner, they returned to their friend's house and decided to stay overnight. Toni fell asleep and later woke to discover that Steve had taken a taxi to his home in the nearby village of Arkesden.
At around 6:30am on 20th April, a passing motorist saw the roof of Steve Marriott's cottage ablaze and called the fire brigade. It was reported that four fire engines were needed to put out the fire. In newspaper interviews, Assistant Divisional Fire Officer Keith Dunatis, who found Steve Marriott, said that it was a tough fight getting upstairs and they searched the bedroom areas where it was very hot and they knew immediately that no-one could have survived the fire. They then felt around the walls and discovered Steve Marriott's body lying on the floor between the bed and the wall.
investigators concluded that Steve had tried unsuccessfully to escape after being awakened by the blaze. Disoriented and confused after inhaling large amounts of thick smoke, he had turned left instead of right towards the bedroom door and safety and had been unable to rectify his mistake before being overcome with smoke. At the inquest, a verdict of accidental death by smoke inhalation was recorded. Steve Marriott's blood was found to contain quantities of Valium, alcohol and cocaine.
The Small Faces song "All or Nothing" was played as the requiem at Steve Marriott's funeral held on 30th April 1991, at the Harlow Crematorium. Amongst the mourners, noted attendees included ex-Small Faces drummer Kenney Jones, as well as Peter Frampton, Joe Brown, PP Arnold, Terence Stamp, Jerry Shirley and Greg Ridley. Among those who sent wreaths were David Gilmour, of Pink Floyd, and Rod Stewart.

Steve Marriott co-wrote most of Small Faces' hit singles and he wrote t he evocative rock-ballad "Tin Soldier" to woo model Jenny Rylance. They first met in 1966 and Steve was immediately smitten, but Rylance was dating up-and-coming singer Rod Stewart and so the two just became friends. She later broke up with Rod Stewart and had a brief romantic liaison with Steve, but much to his disappointment broke it off to return to Rod. Jenny and Rod later split for good after a rocky four-year relationship. When Steve Marriott heard he then pursued her with passion, leading him to write "Tin Soldier". The song was a hit for the band in 1967 and for Steve Marriott a personal triumph. He and Jenny Rylance were married at Kensington Register Office, London, on 29th May 1968.