Teddy Pendergrass died aged fifty-nine from respiratory failure on 13th June 2010 with his wife Joan by his side, at Bryn Mawr Hospital in Bryn Mawr, Pennsylvania, U.S.A. His body was interred at the West Laurel Hill Cemetery in Bala Cynwyd, Pennsylvania. He was survived by his wife and daughters Tisha and Ladonna and son Theodire Jr. 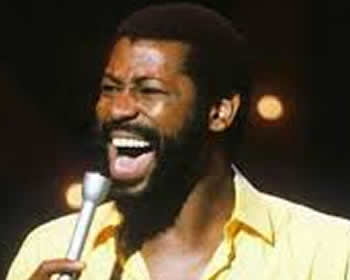 &Blues number-one hit in nearly a decade when the new jack swing-styled "Joy," from his album of the same name, was released. A video of the song enjoyed heavy rotation on BET. It was also his final Hot 100 charted single, peaking at number seventy-seven. The album was certified Gold by the RIAA that same year. Also, Teddy Pendergrass' voice was heard on the jingles of a then local Philadelphia radio station, WSNI-FM. Teddy Pendergrass kept recording through the 1990s. One of the singer's last hits was the hip-hop leaning "Believe in Love," released in 1994. In 1996, he starred alongside Stephanie Mills in the touring production of the gospel musical Your Arms Too Short to Box with God. In 1998, Teddy Pendergrass released his autobiography entitled Truly Blessed.
Teddy Pendergrass did a concert at the Wiltern Theater in Los Angeles, California, on 14th February 2002, entitled "The Power of Love". The concert became the album From Teddy, With Love, which was released on the Razor & Tie record label later that year. It was his second (after Live! Coast to Coast) and final live album. Clips of the concert, in particular his performance of his comeback song "Joy" can still be seen on YouTube.
In 2006, Teddy Pendergrass announced his retirement from the music business. In 2007, he briefly returned to performing to participate in Teddy 25: A Celebration of Life, Hope & Possibilities, a 25th anniversary awards ceremony that marked Teddy's accident date, but also raised money for his charity, The Teddy Pendergrass Alliance, and honored those who helped him since his accident.
<<go to top>>

song:'When Somebody Loves You Back'
by Teddy Pendergrass