Adam Schlesinger died aged fifty-two on 1st April, 2020 from COVID-19 at a hospital in Poughkeepsie, New York, United States of America after being 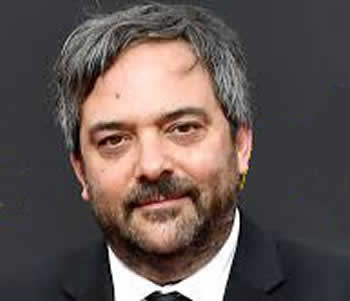 hospitalized and placed on a ventilator two weeks prior to his death. He was survived by his ex-wife, Katherine and their two daughters, Sadie and Claire.
Adam Schlesinger grew up in Manhattan, New York and Montclair, New Jersey, he attended Montclair High School and he received a Bachelor of Arts degree from Williams College in philosophy.
In addition to writing and co-producing the title song to 'That Thing You Do!', Adam Schlesinger composed "Master of the Seas" for Ice Age: Continental Drift performed by Jennifer Lopez, Peter Dinklage and others. He wrote and produced three songs for 'Music and Lyrics' and his music has also been featured in films such as Shallow Hal; Robots; There's Something About Mary; Me, Myself & Irene; Josie and the Pussycats; Scary Movie; Art School Confidential; Fever Pitch; The Manchurian Candidate; Because of Winn-Dixie; Orange County; Two Weeks Notice, and others.
Adam Schlesinger and The Daily Show executive producer David David Javerbaum co-wrote the songs for the musical theater adaptation of the John Waters film 'Cry-Baby' which debuted at the La Jolla Playhouse in La Jolla, California in November 2007. Adam Schlesinger and David Javerbaum co-wrote the closing song "I Have Faith in You" for David Javerbaum's play 'An Act of God', which opened on Broadway in May, 2015. Adam Schlesinger and Sarah Silverman collaborated on a musical entitled 'The Bedwetter', based on her book of the same name.
Adam Schlesinger and David Javerbaum co-wrote the opening number of the 2011 Tony Awards ceremony "It's Not Just for Gays Anymore" as well as the opening and closing numbers of the 2012 Tony Awards, "What If Life Were More Like Theater" and "If I Had Time", all performed by Neil Patrick Harris. They wrote "TV Is a Vast Wonderland", the opening number of the 2011 Emmy Awards, performed by Jane Lynch and "The Number in the Middle of the Show", performed at the 2013 Emmy Awards by Neil Patrick Harris, Sarah Silverman, and Nathan Fillion.
Adam Schlesinger's television composing work includes theme music, songs, and scores for many shows and his songs have been licensed for use on numerous television series, including Scrubs, The Hills, Gossip Girl, Melrose Place, Felicity, Roswell, and others.
As a record producer and mixer, he worked with The Monkees, Fever High, Dashboard Confessional, Swirl 360, Tahiti 80, Motion City Soundtrack, Verve Pipe, Robert Plant, America, The Sounds, They Might Be Giants, Fastball, and many other artists, as well as producing or co-producing five Fountains of Wayne and five Ivy albums.
Adam Schlesinger was also in a side project band called Tinted Windows formed by guitarist James Iha, previously of The Smashing Pumpkins and A Perfect Circle, singer Taylor Hanson of Hanson, and Bun E. Carlos of Cheap Trick, and recorded and toured with them in 2009 and 2010. He also contributed to Iha's second solo album, Look to the Sky in 2012. He was the main composer and producer for Brooklyn-based synth-pop duo Fever High.
Adam Schlesinger was nominated for an Oscar and a Golden Globe Award in 1997 for writing the title track of the Tom Hanks-directed film 'That Thing You Do!' as well as two other songs for the film. Fountains of Wayne was nominated for two Grammy Awards in 2003 for Best New Artist and Best Pop Performance by a Duo or Group with Vocal for "Stacy's Mom".
Adam Schlesinger and David David Javerbaum received two Tony nominations in 2008 Best Musical and Best Original Score for the musical Cry-Baby. They also received a 2009 Emmy nomination for Outstanding Music and Lyrics for their song "Much Worse Things", performed by Elvis Costello and Stephen Colbert on the television special and album A Colbert Christmas: The Greatest Gift of All!. The album, co-written by Adam Schlesinger and David Javerbaum, and co-produced by Adam Schlesinger and Steven M. Gold, won the 2009 Grammy Award for Best Comedy Album.
Adam Schlesinger received a 2013 Daytime Emmy nomination for Outstanding Original Song for his "Elmo the Musical" theme for Sesame Street. He and Molly Boylan received a 2011 Daytime Emmy nomination for the song "I Wonder" from Sesame Street.
Adam Schlesinger and David Javerbaum received a 2012 Emmy Award for Outstanding Music And Lyrics for their song "It's Not Just for Gays Anymore", performed by Neil Patrick Harris as the opening number of the 65th Tony Awards telecast; and a 2013 Emmy Award for Outstanding Music And Lyrics for their song "If I Had Time", performed by Neil Patrick Harris as the closing number of the 66th Tony Awards telecast.

music: 'Traffic and Weather' by Fountains of Wayne