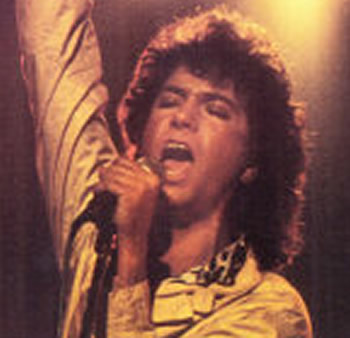 home in Altrincham, Manchester, U.K. and his body was cremated on 22nd July 2000.
Paul Young was born on 17th June 1947 in Benchill, Manchester, U.K.
After releasing a number of unsuccessful solo singles between 1967 and 1975, Paul Young came to prominence as the frontman of 1970s rock band Sad Café, with whom he achieved multiple UK Top 40 and US Billboard Hot 100 hits.
Paul formed Sad Café in 1976 and recorded with them until 1989. He enjoyed further chart success sharing lead vocal duties with Paul Carrack in Mike + The Mechanics, the pop-rock band formed in 1985 by Genesis guitarist Mike Rutherford. In that band, Paul Young played various instruments as required, and served as de facto frontman during live performances.
During his career, Paul provided lead vocals on several chart hits, includin

g Sad Café's "Every Day Hurts" and "My Oh My", and Mike + The Mechanics' "All I Need Is a Miracle", "Word of Mouth", "Taken In" and "Nobody's Perfect". Paul Young's power and range lent themselves to the band's heavier songs.
Paul Young also sang the theme to the British children's TV series 'Avenger Penguins'. In 2011, a new album, 'Chronicles', was released, compiled from unfinished material recovered from his home studio. A plaque can be found outside his home on Hale Road, Altrincham, Cheshire, U.K.